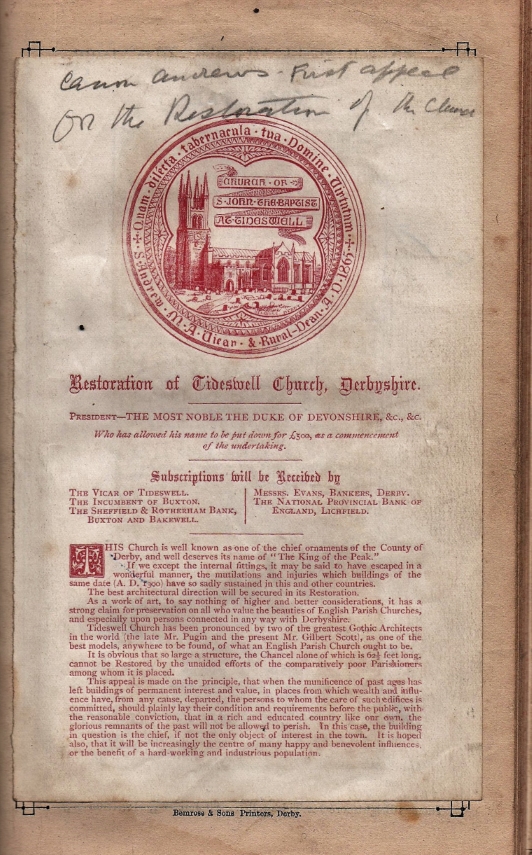 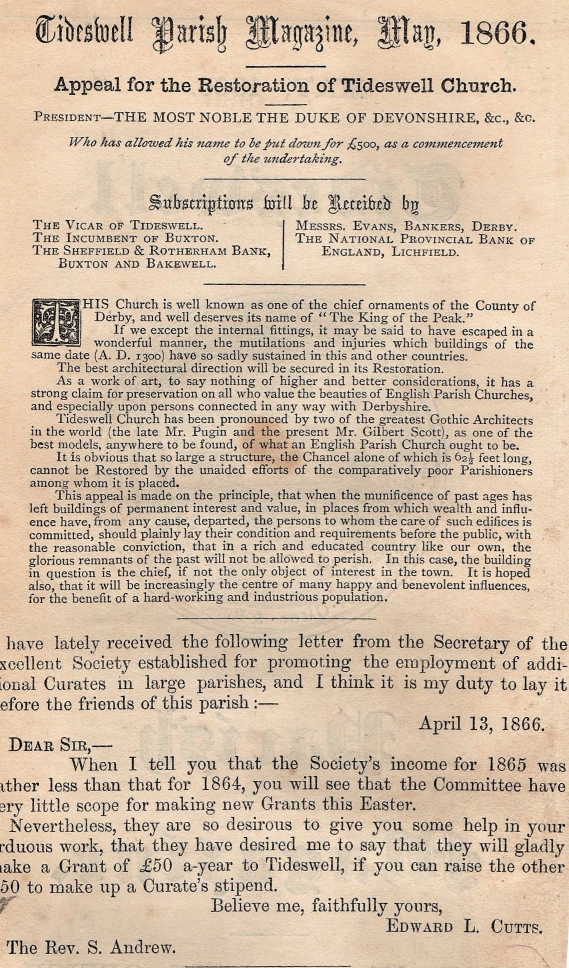 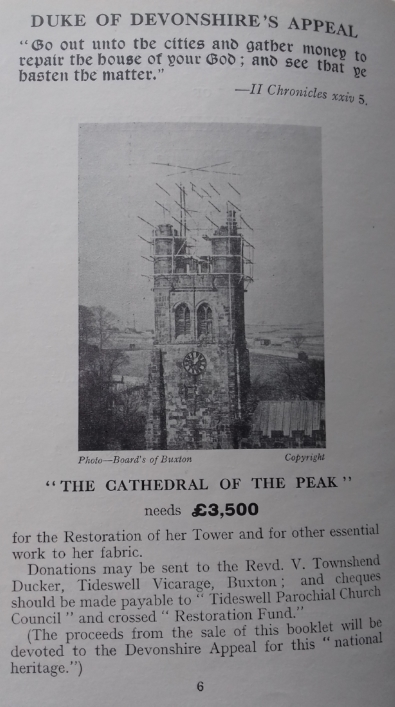 The history of St John, the Baptist

In 1250–51, the church became embroiled in a dispute between Lichfield Cathedral and Lenton Priory. Tideswell was one of a number of parishes that had been granted to Lenton Priory by the Peverel family during the 11th century. Following William Peverel the Younger's accusations of treason, the family's lands in the Peak District were seized by the crown and granted by King Henry II to his son, John (later John, King of England). After acceding to the throne, John granted the lands to the Bishop of Lichfield and in turn they passed to the Dean and Chapter of Lichfield Cathedral. This transfer started approximately 300 years of disagreement between the priory and cathedral about who was rightful owner of the property. Litigation continued throughout this period, including suits in the Vatican Court on several occasions.

Tideswell church became directly involved in the disagreement when it became violent in 1250–51. The monks of Lenton Priory armed themselves and attempted to steal wool and lambs from Tideswell, which was one of the disputed parishes controlled by Lichfield. Pre-empting the monk's attack, the Dean of Lichfield cathedral ordered the wool and sheep to be kept within the nave of Tideswell church. However the monks of Lenton did not honour the church's sanctuary rights and broke into the building. A fight ensued and 18 lambs were killed within the church: either trampled under the horses' hooves or butchered by the attackers' weapons. The monks managed to carry off 14 of the lambs.

A commission assembled by Pope Innocent IV harshly fined the monks of Lenton Priory. However the disputes continued until Lenton was dissolved by King Henry VIII.

The church, which replaced a small Norman church, was constructed between approximately 1320 and 1400. The building work was delayed by the Black Death. There are two main styles: the nave, aisles and transepts are in late gothic style, and both the chancel and tower are in perpendicular style.

There was major restoration started in 1873 by John Dando Sedding which was a genuine restoration rather than a reconstruction. The restoration work involved the replacement of the oak roof and re-leading. However, the restoration undertaken by the architect was viewed favourably by those who preferred the preservation of fabric rather than its replacement. The Manchester Courier and Lancashire General Advertiser wrote on 25 August 1874:

It is a relief to find so fine and pure a specimen of fourteenth century architecture in trustworthy hands. We have not to complain here as in so many instances of so-called restoration of that passion for the destruction of old work which, on the plea of restoration, has removed some of the most characteristic features of our ancient Gothic buildings. No single piece of old work not obviously unfit from decay to remain has been allowed to disappear. The mistakes of careless times have with great discrimination been remedied; the old landmarks, where recoverable, have been restored, and great judgement has evidently been exercised in the new work introduced

The chapel in the south transept was restored as a gift of James Bower Brown of Woodthorpe Hall, Sheffield, under the supervision of Innocent and Brown, architects of Sheffield. The tomb of Sir Thurstan de Bower and Lady Margaret was reconstructed by the sculptor Thomas Earp of London.

The chancel was reopened on 30 September 1875. The carving of the figures in stone and wood was executed by Mr. Green of Manchester, and the oak carving of the chancel stalls was done by Mr. Tooley of Bury St. Edmunds. The contractor for the stonework was Messrs. Hill of Tideswell.

Restoration work continued until 1905, when the gallery of 1826 was removed from under the tower. John Oldrid Scott provided new south doors which contained panels cut from an oak beam taken from the Old Guild Hall in the village centre. The six upper panels were filled with traceried carving.

In Churches and Chapels in The County of Derby, Rawlins described St John's as being: without exception the most perfect and beautiful specimen of pointed architecture to be found in the County, - or perhaps in any other parish church of its size in the entire Kingdom

This article uses material from the Wikipedia article "St John the Baptist, Tideswell", which is released under the Creative Commons Attribution-Share-Alike License 3.0.